When the Towers Fall: Rebuilding your Life in the Rubble, Part 3 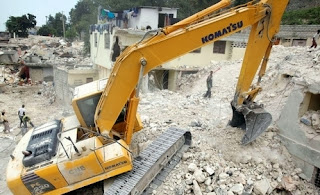 My third post in this series has really quite a simple message. It was born from a memory of the TV news coverage of the aftermath of the fall of the Twin Towers in 2001.

I remember it distinctly. A TV camera was panning round the rubble and dust of ground zero, through the jagged edges of girders and the last vestiges of walls and doors.

All of a sudden, the commentator stopped talking.

There, on a mantle shelf fixed to a wall that was somehow still standing was a painting of Jesus, a searing look of compassion on his face.

The commentator was speechless.

Everyone watching must have been like me - open mouthed with surprise.

After several seconds, all the commentator could say was, 'well that speaks for itself.'

And then the camera moved on.

I share this because my third suggestion for rebuilding your life in the rubble is simply this:

Look for hints of His Presence in the Rubble.

I didn't expect to see Christ in the chaos, but he was there.

He is always there.

There are always hints of his Presence.

Why? Because the Redeemer is drawn to our rubble. 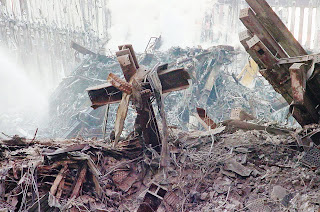 About five years ago I discovered Antony Beevor's magnificent book about Stalingrad.

At the worst moment in the battle, 300,000 troops of the German 6th army were trapped in the destroyed city, with no chance of escape from the Russians, who were eager for revenge.

At the darkest hour, hardened soldiers of the German Army walked into a small underground chamber to pay homage to a picture drawn by Kurt Reuber, a German soldier also trapped in the kessel.

The image was of the Madonna and child.

Reuber - Protestant pastor, artist and Panzer division commander - had created the picture which was three feet by four feet in dimensions.

It had a stunning effect on the soldiers.

One of the only 6000 6th army soldiers who survived, later wrote this:

'For me that Christmas was heavenly. I felt there was a bridge that stretched over the entire earth, the starry sky and the moon, the same moon that my family could see in Germany.'

The picture was removed in the last plane out of Stalingrad, just before it's fall in January 1943. It now hangs on the walls of the Kaiser Wilhelm Memorial Church in Berlin.

There is a copy below. It has the words, life and love on the right hand side. 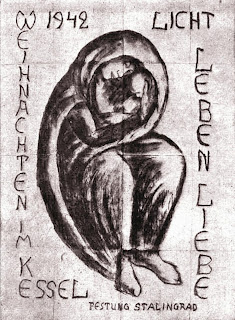 I share this not just because it's Christmas but because there are many of you reading these blogs who feel like you are surrounded by rubble at the moment.

I know because you have been writing to me.

My advice is this:

Look for hints of His Presence in the rubble.

Be alert to this surprising, sudden intimations of God's Presence even in the chaos.

Don't believe the lie that says this is too messy, dirty, murky and dark for Jesus.

How clean and bright do you think his manger was when he was born?

The God who created the universe touched down in filth and shadows not in a sanitized shrine.

He is Immanuel - God with us in the mess. 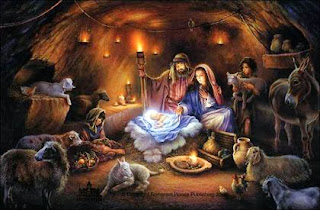 I had one of the worst days of my life in the run up to last Christmas.

Through my own failings, I had lost just about everything and now I was about to lose my beloved Black Labrador called Molly.

For reasons I cannot go into, I now had to find a new home for her and fast.

To say that I prayed with tears of desperation would be an understatement.

I longed for Molly to have a good home.

Within a few days a lovely woman contacted me. She said that she had heard that I had a Black Lab that needed a new home.

'I lost my six year old Black Labrador in the summer,' she said. 'She was killed by an adder. I was devastated. Her name was Molly.'

She shared that she had two other dogs and acres of land and also that she now felt it was time to have a new Molly.

When I handed Molly over on a drab and rainy day, I knew that she was in the best possible hands, that she would be happier with her new Mum and her new home than she had ever been, and this was God's kindness.

For me it was a stunning moment of reassurance.

Even in my mess, God was being kind.

Even in my rubble, he was present.

As even an atheist said to me, 'it seemed meant.' 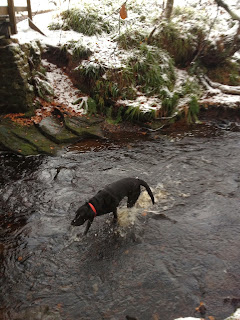 (Molly in the grounds of her new home)

If you're at ground zero, and the dust is yet to settle, look for signs of His presence.

He is not scared by disaster or allergic to chaos.

He is the God who was born in the mess of the manger and who is present in our mess too.

May his presence surprise you and his peace delight you.